Any foal’s a goal; should I breed from my mare? 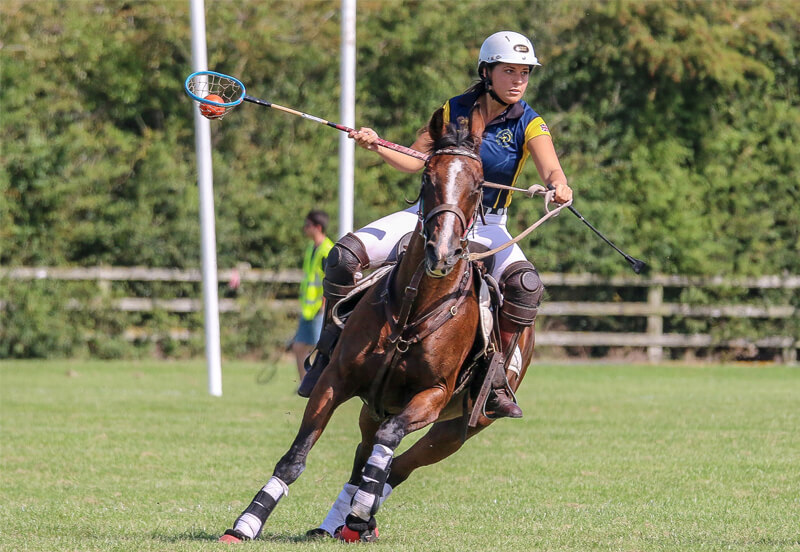 Some of you will currently own your horse-of-a-lifetime. If this is you, congratulations! You have the dream scenario of every equestrian.

If this horse happens to be a mare, you have probably caught yourself wondering whether to breed a foal from her.

I found myself in the exact scenario with my top horse, Spooky Lee. When I bought her, I was 19 years old and looking for my next polocrosse pony. I saw a flashy five year old homebred with admirable bloodlines advertised by a horse trainer I knew well, and made an epic four hour journey to have a ride.

I arrived to see the beautiful, flashy black mare tied up in the yard. Next to her stood a scrawny young steed with a neck better suited to a giraffe that a potential equine athlete. Her ears were disproportionately large and speckled along her back were vast bald patches, remnants of the rain scald she had suffered from. The trainer mentioned the ugly duckling was called Spooky and thought it might be worth me trying her. A look of horror crossed my face.

I reluctantly clambered on and, despite my preconceptions, I couldn’t ignore the fact that we just clicked. She’d only recently been broken and she didn’t know much, but her talent was unmissable. Not only that, but I immediately understood her and she understood me. I bought her on the spot.

If you’ve sat on a horse for the first time and had an instant connection, you’ll know exactly how I felt.

My father nearly had a breakdown when I lead the bald young horse off the lorry claiming she was going to be the next big superstar, but eventually sighed and announced, “Well, you haven’t been wrong about a horse yet.”

Eleven years later and her colossal ears still brush the top of the stable door, but now they are the ears of a horse who is a champion in her discipline. Still not the most beautiful, admittedly. But handsome is as handsome does.

Ultimately, she proved me right- my gut feeling that she had the potential to be outstanding was bang on. We worked our way up the levels together, learning on the job and teaching each other valuable lessons along the way. On Spooky I made the UK polocrosse squads, travelling around the world competing for my country.

I owe my mare everything and she owes me nothing, except for giving her a chance when she was scrawny, quirky and no one else wanted to.

A few years ago, I suffered what I thought would be a career ending injury. I left the surgeon’s office in a rage of hot tears when I was told I probably wouldn’t play polocrosse again.

I had four horses who I sold one-by-one, but despite the substantial offers I’d had for her, I could not bear to sell Spooky. But she needed a job, and for years I’d toyed with the idea of having a foal from her. She was 11 years old and had many seasons of hard competition under her belt. She deserved some maternity leave.

I thought long and hard about whether it was the right thing to do. For me, for her.

I didn’t take the decision to breed a foal lightly – this was a life I was choosing to bring into the world, an enormous responsibility.

While I was making my decision, I asked myself the following brutal questions. If you’re contemplating breeding a foal, I suggest you consider them too.

I sat with these thoughts for a long time before I made my decision to breed a foal.

Throughout my equestrian life, deciding to put a horse down and deciding to breed a foal are the two hardest decisions I have faced. These dilemmas are part of the enormous privilege of horse ownership: when to end a life, when to bring a new one into the world.

For me, as I had the means and I had the mare, I decided that breeding a foal was a responsibility I was ready for. I was excited, but I had no idea what lay ahead: the lessons I’d learn, the decisions I’d be forced to make, and the events that would ultimately change my life.

But first, it was time to choose a stallion.