The benefits of buying older ponies 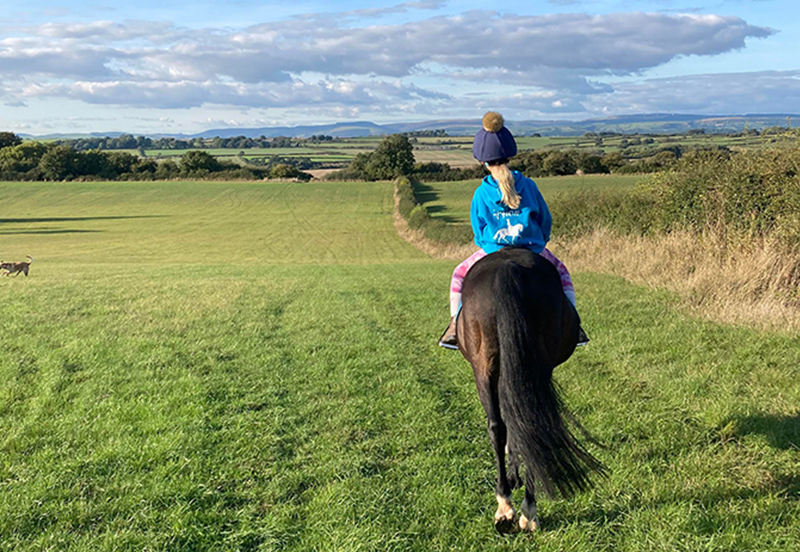 Buying older ponies that are advertised for sale has been done for centuries. The incredible value that these experienced, safe and trusted veterans deliver to the equestrian industry cannot be disputed. The confidence and experience that older ponies deliver as first ponies to future adult hobby riders, right across the spectrum to the next Ben Maher or Charlotte Du Jardin.

Yet in today’s modern world, there is a small minority with an opinion that the act of selling an older pony is callous. Why not let the older pony retire is the rhetoric bellowed by the few.

Most of the time the labeling of callous is simply untrue, uneducated opinion and hurtful to the seller, and here are the reasons why.

Ponies go on forever is a well used saying…

And that’s because there are plenty of examples of ponies in their twenties enjoying competitions with their tiny jockey’s onboard. Children enjoying the excitement of their first stay away shows with their trusted pony who has been to the venue and stayed overnight on numerous occasions with numerous jockeys.

As ponies get older, in the right homes, they get more experienced and less hot at shows or environments where in their younger years they may have been a handful for a nervous or inexperienced child.

Buying an older pony with a well-tracked career as a parent gives you the confidence that the pony will support, and save your child in those crucial moments that are important for rider development and safety; going to the beach, your child’s first jump off, out hacking by themselves for the first time. The probability of success at these tasks is much higher with an experienced older pony than a younger pony who still needs to be produced.

How old is too old?

A subjective statement that should be treated on a pony by pony basis. Some ponies are in their early to mid twenties and still enjoy being ridden, whilst others might have to retire much sooner due to health issues or not being the right type of pony to teach little tots how to ride.

What is important is that older ponies for sale go to knowledgable homes. Little Welsh Section As and Bs who are notorious in the older pony world for teaching new riders can be prone to laminitis. Without a knowledgeable home using restricted turn out and spotting the signs of laminitis flaring up, these older ponies could end up with serious health issues that an inexperienced home would perhaps not be as quick at spotting.

Homes for older ponies should be selected with care

Whilst riding older ponies into their twenties shouldn’t on the whole be considered a negative, the homes should be selected with more care and research than a young, fit pony that can look after itself in a more independent manner.

On our yard, there is a Welsh Section A who will be twenty three years old next year that is teaching her jockey how to ride. She is susceptible to laminitis, however, the people are extremely knowledgeable and dedicated horse people, so it is managed incredibly well and doesn’t impact the pony.

At the same time the experience that the new jockey is receiving from flatworks lessons, learning to jump and galloping on the beach wouldn’t be the same without the trustee pensioner looking after her every step of the way.

I watched said little jockey come to the yard two years ago this Christmas, walking up to a stable with wrapping paper stapled to the walls to see her new little pony with its head over the stable door. All the adults were overjoyed with how happy the child was, fuelled probably by one too many ports on Christmas day which is a tradition at our yard!

I digress, in less than two years she has progressed from riding her experienced pony for the first time on the lead, nervous and unbalanced to jumping in canter over little cross poles independently whilst mum keeps one eye on the duo and lunges her horse at the same time.

Older ponies typically do less work in their veteran years

There is also the level of work that older ponies are expected to do with beginner or novice riders. The answer is not a lot. If a child is learning the ropes or nervous, they are not going to be pushing the pony to the maximum of its capabilities. They are stepping stone ponies to teach children the basics, gain confidence and then passed onto the next child to learn how to ride. The workload is usually very light and they’re pampered and loved unconditionally by the little jockey who is their new bestest friend.

Buying an older pony advertised for sale is cheaper

Horse riding is an expensive hobby and sport, for adults looking for a pony to ride and lead their child through the lanes once a week, buying an older pony is almost always the sensible option.

There is naturally a moral question of when should the pony stop being sold on to teach new jockeys. I think this is why when a pony reaches a certain age where it would be deemed a veteran or reaching veteran age, the suitability of the home should increase in significance. Sellers who respect how the pony has helped their child’s confidence grow and riding ability excel will be aware of this responsibility.

Selling an older pony for some feels wrong but is it?

For some the thought of selling an older pony feels wrong and I can empathise with this group of people and sometimes it is wrong. But, at the same time as a generalised statement to apply to all older ponies, I disagree. There are huge benefits to older ponies being available for sale to teach another little jockey the ropes, one of them being the pony might actually still enjoy the job they are doing!

Other benefits of selling an older pony is the small amount of money you receive can contribute towards the second pony you are buying for your child. When it comes to the purchaser, attributing a value to the pony rather than loaning which equates to free pony, may encourage better horse care because they have had to save or make sacrifices to afford to buy a pony. Very different to walking away with a free pony and checking in now and again with the home that you have loaned the older pony from.

Perhaps the answer to that question is leasing rather than loaning, both of which have their own benefits but that is a blog for another day.

The buying of older ponies advertised for sale is mostly a positive thing for the future of the equestrian community, little jockeys get their first experience learning to take care of and ride ponies in a safe and enjoyable environment. There are always examples at the fringes where older ponies should not be available for sale, loan or lease, however, to experienced and knowledgeable homes most older ponies should carry on enjoying their crucial roles until they don’t want to do it anymore.