The Welsh Section A 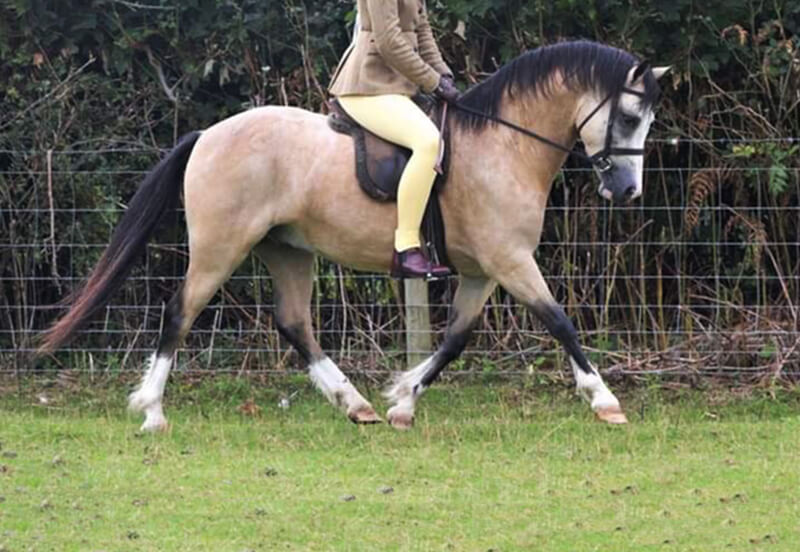 Within the equestrian world it is impossible to have not come across a Welsh Section A, otherwise known as a Welsh Mountain Pony. These small, often furry, frequently grey ponies are a staple children’s riding pony, perfect first ponies, and often passed from family to family teaching the next generation to ride.

But where did these ponies come from, and how are they different to the ponies and cobs of the other three Section of the Welsh Pony and Cob Society studbook?

What is a Welsh Section A?

Welsh Section As are the smallest of the four Sections of the Welsh Pony and Cob family, standing at a maximum height of 12hh (12.2hh in the United States of America). They can be registered in any solid colour, but grey is very common, and those of darker colours often have a lot of white markings.

The Welsh Pony and Cob Society describe them as hardy, spirited, and pony-like, and their conformation should be muscular, strong, and well- coupled. Ponies have pretty, dished heads (which reflect their Arab ancestry), small, pointed ears, and large, kind eyes.

Welsh Section As have a kind character- which reflects their main purpose of a children’s pony – but can have a cheeky pony streak. They typically have a good, expressive movement which makes them successful at showing and suitable for carriage driving.

A history of Welsh Section A ponies

The origins of the Welsh Section A are as old as the communities who originally bred them, as they are believed to be the descendants of the prehistoric Celtic Pony. The harsh climate and limited food supply of the Welsh mountains shaped them into a hardy and resilient breed, and this environment also saved them as it hid them from Henry VIII’s attempts to cull horses deemed too small for war.

The Welsh Section A was traditionally an all-rounder; on a hill farm a pony might have been used to move sheep, carry out some agricultural work, and be harnessed to a trap to take the family to chapel on Sunday. Away from farming they have been utilised to carry letters on postal routes, and to work in coal mines.

What disciplines are suitable for Welsh Section A ponies?

Today the Welsh Section A can be found across the world, where it has influenced many other breeds. While a semi-feral herd still roam the Carneddau mountains in Snowdonia, the pony’s main use is as a children’s riding pony.

In this role they compete across all children’s disciplines, from mounted games to dressage and endurance. There is a very enthusiastic global network of showing aficionados, who breed and prepare the ponies for ridden and in-hand classes. As the ponies are strong, they can be found shown under saddle by small adults as well as children. This also makes them great ponies for sharing between siblings, as they are quiet enough for children on the lead rein, but strong and competitive enough for older siblings who are riding independently.

The legacy of pulling traps also endures, and Welsh Section As compete in carriage driving competitions, especially scurry. This can be another way in which a Welsh Section A can be considered a true family pony, loved and competed by both adults and children.

The Welsh Section A is the foundation pony of the Welsh pony breeds, and can be differentiated most obviously from the Section B by their height. While the Section B can reach 13.2hh, Section As cannot exceed 12hh.

The Section A is a true pony, generally with a little more bone (relative to size) than the finer Section B. The Welsh Pony and Cob Society compare the Section B to the Section A, as the latter is the foundation. They state that the two Sections share a breed description, with the B being bigger and “described as a riding pony with quality riding action, adequate bone and substance, hardiness and constitution, and with pony character.”

Generally the lower percentage of hotblood influence means that Section As have a shorter neck, lower wither, and slightly stockier build (although it is important to note that sufficient bone is still a breed requirement for Section Bs).

Welsh Section A ponies make perfect first ponies, and their adaptability allows them to take children through to first ridden classes and Pony Club competitions. Their popularity in the show ring and aptitude for other disciplines such as scurry driving means that Welsh Section As can be a huge part of a family, fulfilling every member’s equestrian passions.

Far more than just a fluffy grey pony, the Welsh Section A is a breed beloved by the horsey community, and fundamental to the adult success of many top riders.