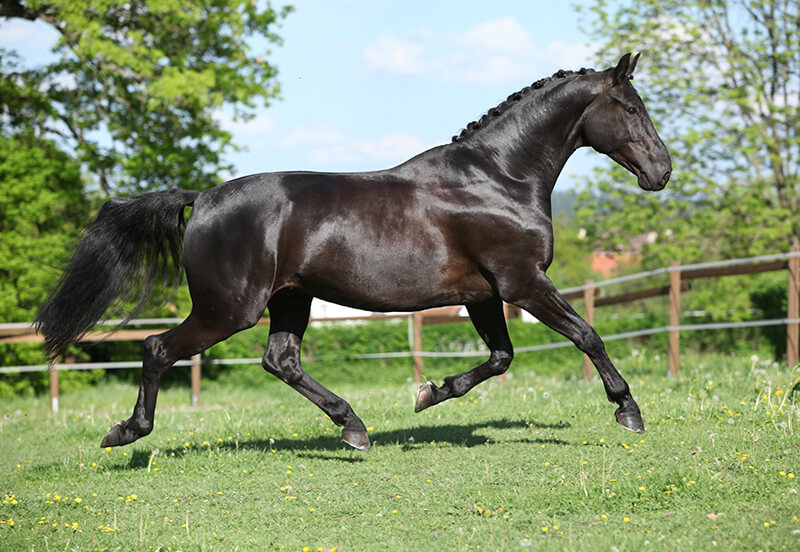 A timeless topic in the UK equestrian world that now has a prominent place on social media platforms is the price of horses. Not a day goes by that there isn’t a post asking “Why are horses so expensive to buy?” Just the spark needed to create a calm and constructive debate that takes place in the comments section, debating whether prices are too high, about right or too low.

As a response to these posts, I wrote a blog to explain what you should expect to pay, including a breakdown of some of the costs involved to produce a horse. My number was a minimum of £5,800.50 – cross referenced with horses advertised for sale on the Whickr app and popular sites, it looked okay, especially as it was a minimum, not an average nor a maximum. The numbers were verified with a friend who breeds one horse a year from her ex-competition mare. Finally, I checked with my partner and she said you can’t use that number, it is too high. I decided it must be about right.

The blog was shared in the BSJA Facebook group with the expectation of applause from breeders and sellers across the country. A white knight in their fight to explain to buyers why young horses cost so much money. I was a little excited, however it didn’t last long. Quickly, all excitement turned to horror. My rough calculation was determined so low and far from the truth that the feedback was brutal.

It was tough reading the comments as all I was trying to do was help, one person told me I should be ashamed of myself. That was the final nail in the coffin that led to my decision to take the blog down. The intention wasn’t to offend anyone and the potential reputational risk for our new horse selling app, Whickr, was too high.

There was helpful feedback amongst the negative comments, and a small number of people offered to provide insight into why my numbers were a country mile away from the truth. Instead of running away and licking my wounds, I took up the friendly offer of some feedback and the opportunity to gain more of an understanding around why my price was too low.

A British breeder kindly consolidated a spreadsheet of costs from approximately 30 breeders. According to the group’s data, the cost to produce a four year-old is £21,560.78.

I was shocked at how far away my number was from the truth, and even more shocked that the data included absolutely no profit. Shock then led to intrigue. A quick look online told me there are plenty of four year-olds for sale far below that number. But, the breeders’ costs made sense? Still confused, I asked myself if it costs that much to produce a horse, why are there so many four year-olds for sale that are half that price if not lower?

Not wanting to put another blog out that only provided one side of the story, I decided to dig a bit deeper. After speaking with a number of other industry experts to help with my education of horse prices, here is some of what I’ve learnt so far:

1. Most small breeders or producers breed because they love it

Unless you’re a big stud or wealthy, it would seem for small breeders, breeding is more a passion than a business. Using the breeders’ data, the approximate £20,000 figure factors in £3,000 each year for three years of labour at National Living Wage and no profit. For someone to put so much time and energy into producing a horse for a nominal financial return, it must be love.

2. Large studs have a much lower cost base and economies of scale

Thanks to economies of scale, the costs attributed to breeding and producing young horses is far cheaper for big studs compared to smaller breeders that produce a single digit number of foals each year. A lot of studs even have their own vets on-site. The 80/20 rule probably applies to large studs too – where they generate 80% of their sales or profits from the top 20% of the young horses sold. Using that assumption they can afford to be more flexible on price with the lower end of the crop compared to a small breeder who doesn’t have that luxury.

3. It costs almost the same to produce a well-bred horse as an average horse

Most of the costs that go into producing a young horse (75% or more) are there irrespective of the quality of the stallion you have chosen. If you are going to make the financial investment and time commitment to produce a four year-old horse, you may as well go for a world class stallion, or at least one that you really like. The extra £500 or whatever it is will be a drop in the ocean when you’re finished.

4. Germany and Holland are industrial giants in the equestrian world

Apparently, big studs in Germany and Holland are known to have up to 2,000 broodmares – that’s a lot of foals each year. Due to sheer scale, a proportion of youngstock each year in Germany and Holland doesn’t make the cut as ridden horses and sadly they are sent to the meat market. The remaining crop is then evaluated, ranging from Olympic hopefuls to happy hackers, all with world-class breeding.

5. Just because two horses look the same on paper doesn’t mean they are

Probably the biggest lesson I’ve learnt so far is that looking at breeding is a good start but to do more homework into the horse’s history. Even unbacked, the horse’s experiences up until that point will likely shape it’s temperament and soundness.

The true cost to produce a young horse as a small breeder probably isn’t reflected in most prices you see horses advertised for. According to the data provided, young horses advertised below £20,000 have a market value below the cost of production. To support this gap between true cost and market value, it is likely some costs aren’t accounted for when young horses are sold at lower prices, like land, labour and cost to purchase the broodmare.

7. To put an exact number on the cost to buy a horse will offend someone

Everyone has a unique cost structure or value they place on their horses. To put an exact number on the cost means you’re going to offend at least one group of people. Avoid exact numbers and use words to get your point across instead.

Now I have spoken to a couple of industry experts, I appreciate how prices are easily impacted by something as simple as where the horse was born and the size of the breeder. But this information is hard to come by. A more informed audience of buyers should help breeders narrow the gap between real costs and market value, and prompt buyers to ask the right questions when viewing a horse.

Those are the lessons learnt so far.

Hopefully this is useful to someone trying to understand why the prices of horses for sale can vary so much. If you have your own story or opinion, we’d love to hear from you!