What is a palomino horse? 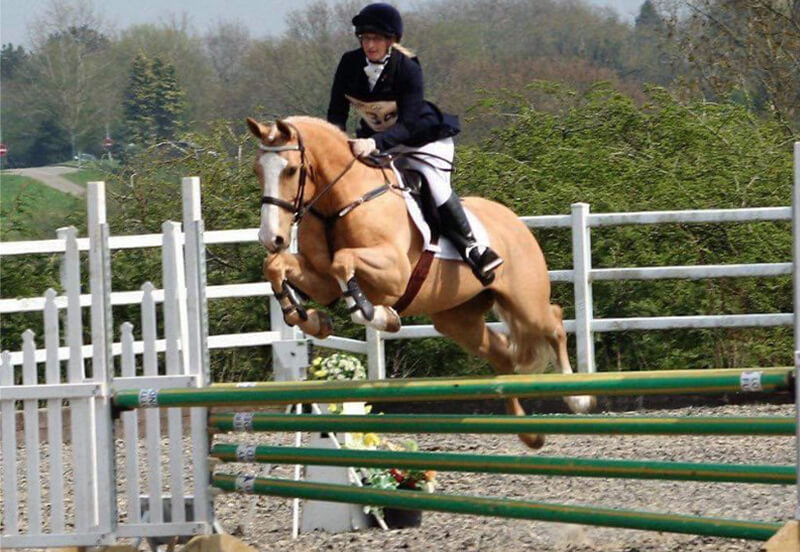 Whether you know them as “Barbie horses” or are enamoured by their golden coats and snowy white manes and tails, palomino horses have almost certainly caught your attention when browsing horses for sale.

A colour rather than a breed, palominos have their own global associations, and compete against each other in shows and points schemes. Far more than just a Pony Clubber’s dream, palomino horses have a long and regal history.

What is a palomino?

Palomino is a colour which means that they do not have a uniform type – it will vary according to the horse’s breed. A palomino is a chestnut horse that has inherited one copy of a dilution gene, which lightens (“dilutes”) the ginger to a golden body and white mane and tail. The same gene turns bays into buckskins, and when doubled creates cremellos and perlinos.

Anyone wanting to breed a palomino will need to do some further research on gene inheritance (and maybe draw some of those Punnett squares that last appeared in biology lessons).

The dilution gene is present in a variety of breeds, but especially in ponies and American stock breeds. Arabian chestnuts with very light flaxen mane and tails are sometimes registered as palominos as they appear to be so, but my genetics textbook reliably states that the dilution gene is absent from the breed. Aside from genetic testing, the lack of Arab buckskins and cremellos supports the hypothesis.

The conformation of palominos depends on the animal’s breed, but the colour is characterised as ideally being that of a golden coin, paired with a white mane and tail. The body colour can vary significantly, and foals are usually far paler.

History of the palomino

Palomino horses are depicted in art from antiquity, so it is likely that the mutation responsible for the dilution gene arose early in the modern horse’s history. In Greek mythology, the immortal horse Xanthus, who drew the chariot of Achilles, is named after the colour yellow, which leads some people to claim that he was palomino. Palominos appear in ancient tapestries from across Europe and Asia, were prized mounts of Chinese Emperors and the Kings of Yemen, and even feature in Botticelli’s 1481 painting The Adoration of the Magi.

Palominos have a strong Spanish connection; the name means “dove-like.” There is also a yellow Spanish grape called “a palomino”, and the conquistador Juan de Palomino was known for riding a golden stallion. Palominos owe much of their popularity and distribution to the Spanish crown, as the affection of Queen Isabella was instrumental to their proliferation. She kept a stable of a hundred palomino horses, and forbade those of non-noble birth from riding them. She introduced palominos to North America, by shipping a stallion and five mares to Mexico. Their success there was phenomenal, and the United States of America was the first country to establish a palomino association.

Palominos in the UK

Many of the British native breeds can carry cream dilution, which means that there are plenty of palomino ponies present at shows and events. Compared to North America there are fewer large palominos, due to the comparable lack of breeds such as the Quarter Horse, which has a high prevalence of dilutes. Over here they are represented by the British Palomino Society, which issues its own passports and will overstamp those of other breed societies.

The British Palomino Society maintains a registration for palominos and other cream dilutes. They list approved judges and publish a judging standard, which are used for their shows and affiliated classes. Palominos can be registered by downloading a simple form, although any that don’t clearly show the dilution in their registration photos will be required to undertake DNA testing.

Unusually coloured thoroughbreds always draw interest, so it is worth mentioning that Weatherbys do recognise palominos, and cream dilution does occasionally occur in the breed. In 2007 Weatherbys recognised the first palomino thoroughbred stallion at stud in the UK. The Gold Fox was imported from America and primarily stood as a sports horse stallion, but the Racing Post archive shows that some of his progeny were bred for racing. The only one to make the racecourse was the French-bred chestnut Gold Oracle, who ran in one race in 2014.

What are palominos used for?

Due to the variety of breeds that can be palomino, these horses can be found in a wide range of disciplines, from high-level dressage to eventing. Western disciplines have a higher proportion of palominos because of the number of American stock breeds.

The British Palomino Society runs shows and classes. Classes are typically split based on height, and horses are judged on conformation, movement, and correctness of type. Awards for coat colour are judged separately. Palominos placed in the first four in affiliated classes can take part in the society’s In-Hand Scheme.

The British Palomino Society also run a Ridden Performance Scheme. Eligible horses will have placed in the top four in ridden or driving classes, or have amassed points from other disciplines. Points are awarded for completion of long distance rides and for starting in FEI affiliated and Jockey Club events.

Their beautiful colour makes palominos a popular choice for film and television (picture a princess’s horse and it is almost certainly going to be palomino if it isn’t grey). Famous palominos include Mr. Ed and Roy Rogers’s Trigger.

Where can I buy a palomino?

Palominos come in all shapes and sizes, so it makes sense to narrow down your search to an appropriate breed or type. If you are set on a certain breed, we have blogs to help you source Welsh ponies, warmblood horses, and cobs. For a colour specific search, the British Palomino Society has a directory of horses for sale, and of members’s own websites.

To quickly search for your dream “Barbie pony” (or golden horse!), our own Whickr App offers an easy to use, intuitive way to find your match.