What is an Irish Draught horse? 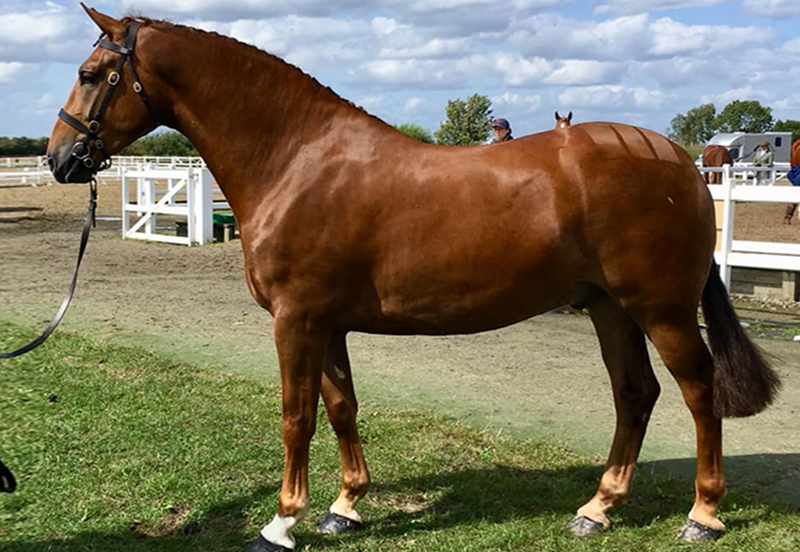 The Irish Draught is one of the traditional horse breeds that will be well known to most equestrians. The modern success of the breed is largely in cross breeding, which means that encountering a pure bred Irish Draught can be something of a rarity.

What then is an Irish Draught, and what makes them so special?

What is an Irish Draught?

The Irish Draught is a breed of horse, native to Ireland. Originally an all-purpose farm horse, this strong, athletic, and resilient breed has become a lynchpin of sport horse breeding.

History of the Irish Draught

Like many European breeds, the Irish Draught was initially developed as an all-round animal, capable of agricultural work as well as hunting, and transport both under saddle and in harness. The breed is referenced by name as far back as the 18th century, but its origins lie earlier in Irish history.

The development of the Irish Draught is believed to date back to the 12th century, when the Irish Hobby was crossed with Anglo- Norman war horses. The shipwrecks of the Spanish Armada in the 16th century left Iberian horses on Irish shores, and these too are thought to have contributed to the Irish Draught.

Later on, Clydesdale and thoroughbred stallions were introduced alongside Connemara ponies.

The Irish Draught was bred to be hardy as well as versatile, with accounts of their diet of grass being supplemented with chopped gorse, boiled turnips, and whatever was left over by the cattle.

Formal recording of Irish Draughts started in the 20th century, with the Irish government declaring in 1907 and 1911 that they would register mares and stallions respectively in exchange for subsidies and inspection of the animals. In 1917 the Ministry of Agriculture opened the studbook, starting with a foundation stock of 375 mares and 44 stallions.

The Irish Draught, similarly to horse breeds across Europe, suffered from the double hit of mechanisation and the wars of the 20th century. The former saw their role in agriculture replaced by tractors, and the latter saw a chunk of the breed sent to the continent to fight with the allied forces. Many of the horses who remained were slaughtered, or were sold abroad for breeding.

The breed’s second challenge was a symptom of its success; the breed was so popular as a foundation for cross breeding that the number of pure bred Irish Draughts dwindled, with many mares never producing a purebred foal as a breed replacement.

The Irish Rare Breeds Society states that the breeding stock has been degraded by aggressive selection for showjumping traits, and inbreeding to certain popular bloodlines. As a result of this and a dwindling gene pool the breed has lost some of the genetic diversity which is fundamental to a breed’s survival.

Optimistically, the Royal Dublin Society and the Irish Cattle Breeding Federation are working with the breed society to research a breeding plan to widen the Irish Draught’s genetic diversity and to keep within it the traditional traits which are intrinsic to its success.

Is the Irish Draught a Warmblood?

Given the Irish Draught’s history, which mirrors that of many European warmblood breeds, and its affinity for athleticism, it would be easy to label the Irish Draught a warmblood. However, this is not a classification that the breed tends to carry.

The Irish Sport Horse is technically a warmblood, traditionally produced by crossing an Irish Draught with a hotblooded thoroughbred. Through this it would be assumed that the Irish Draught plays the part of the coldblood, although they do not naturally fall into the same physical class as a Shire Horse or a Percheron.

Technically the make – up of the breed – with its mix of pony, thoroughbred, and heavy horse – would make the Irish Draught a warmblood, like the majority of non pony breeds.

The Irish Draught has more bone than a European warmblood or British bred sports horse, and its use as a producer of sports horses rather than a competitor itself has retained some of the more workmanlike characteristics which have been bred out of breeds such as the Dutch warmblood.

The Irish Draught breed society does not state whether they believe their horses to be a cold or warmblood breed, but they could be thought of as the lightest of the coldbloods, in the same category perhaps as Friesians – or as a heavier set warmblood. Undoubtedly, aficionados of the breed would prefer they be regarded as a class apart.

What disciplines do Irish Draughts take part in?

The Irish Draught is an all purpose horse, which traditionally has excelled in showjumping and hunting. While purebred Irish Draughts are relatively rare, the influence of the breed can be clearly seen in the Irish Sport Horse, which competes at the highest levels of equestrian sport.

The Irish Draught’s success in showjumping is exemplified by the stallion King of Diamonds. Foaled in 1962, the chestnut stallion was registered as an Irish Draught but was actually part thoroughbred, and stood at 17hh. He was a Grade A showjumper before retiring to stud, where he became one of the most influential stallions of the 20th century, prominent in the bloodline of many great showjumpers.

Today almost every Irish Draught sold will lay some claim to be related to King of Diamonds- in fact a 2005 study by the Royal Dublin Society found that 98% of the Irish mare population of the time, and 96% of the standing stallions, were descended from him. This narrow genetic lineage does however present its own challenges.

King of Diamonds died in 1991; he was ranked 7th in the world breeding rankings for showjumping sires between 1990 and 1995. His notable descendants include Hopes are High, Special Envoy, and Mill Pearl.

The stallion’s fame led to him even featuring on a postage stamp!

Today Irish Draught enthusiasts can enter a host of showing classes in general shows and in events put on specially for the breed. Irish Draughts also compete across the Olympic disciplines, hunt, and enjoy hacking and general riding. They are also the preferred horse of the Irish Garda’s mounted unit, which relies on their calm temperaments and bravery.

Key characteristics of the Irish Draught

The Irish Draught should stand between 15.2hh and 16.3hh, and can be any strong solid colour including bay, grey, chestnut, black, brown, or dun. Too many white markings are discouraged.

The breed standard describes the Irish Draught as a versatile, powerful, and athletic animal with substance and quality. The horse should have a pleasant head, around 9 inches of strong, clean, flat, bone, and strong loins and hindquarters. The eyes should be kind, and the Irish Draught’s movement should be straight and free, showing good flexion of the joints and freedom of the shoulders.

Where can you buy an Irish Draught?

Irish Draught horses can be bought privately in the UK through sites such as Whickr where horses are advertised for sale, although the small number of purebred horses means that you will need to be quick to spot any that come on the market. The Irish Draught Horse Society also runs a classified section, and lists all of the stallions currently at stud in Great Britain.

Travelling to Ireland to find and buy an Irish Draught is another option; prospective owners should check the society website as well as locating individual breeders and horse dealers with Irish Draught horses for sale.

The Irish Draught is one of the great native breeds, and has so much to offer riders as a ridden horse and as a breeding prospect. Their size, kind temperament, and sporting ability give them widespread appeal, and new owners can play an active role in preserving this remarkable breed for future generations to enjoy.