What really is a cob? 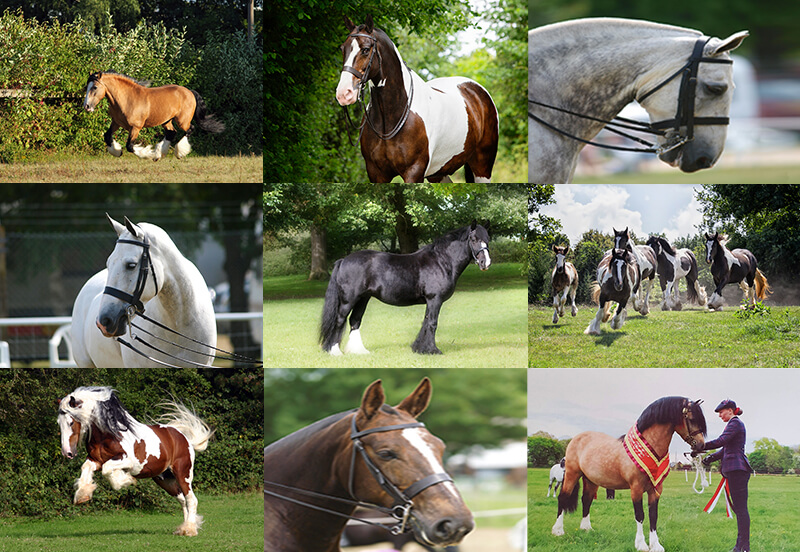 A cob should have the head of a lady and the backside of a cook!

Cobs get something of a raw deal – the adjective “cobby” is rarely used as a compliment, and the confusion over what actually constitutes a cob leads to an identity crisis. In 2020 a cob can be both a breed and a type of horse, and there is an overlap between the two.

While both the breeds and the type (as defined by the British Show Horse Association for showing purposes) have standards, the following statement seems most apt; a cob is stocky, sturdy, and robust, with a handsome and noble head.

In this article we will focus on the two major breeds of cob in the UK; the Welsh Cob and the Gypsy Cob, and the “type”. Norman Cobs are also a unique breed, but are far less common.

The Welsh Cob is otherwise known as the Section D; the largest of the Welsh breeds and a national symbol of pride. The influence of other breeds gives the Welsh cob a finer (some would say prettier) head, and an occasionally fiery temperament. Cobs are often typecast as being ploddy and safe, but Welsh cobs have an independent streak that can make them a little sharper to handle compared to the stereotypical cob, as anyone who’s tried to persuade one will know. Think of it as a gentle reminder of their Arabian ancestors! The Welsh cob is an all-round superstar described by the Welsh Pony and Cob Society as “the best ride and drive animal in the world.”

To learn more about Welsh Cobs, read our post on what is a Welsh pony and cob.

Many equestrians, especially those fond of thoroughbreds and sports horses, will believe that the term “gypsy cob” is a catch all phrase for hairy coloured horses. Since 2005 the Traditional Gypsy Cob has been an official breed, acquiring DEFRA recognition in 2012, and boasting a long and colourful history. Overseen by the Traditional Gypsy Cob Association, fans of the breed have worked hard to gain recognition for their horses, and show that these animals are versatile and talented.

Travelling communities in the British Isles started using horses to pull their vardos (caravans) in the 1850s, and a distinct type of horse evolved. As a part of the family, they had to have kind temperaments, and horses that were deemed unfashionable were often purchased because they were cheaper. Coloured horses tended to fall into this category, including coloured Shire horses. These horses and ponies were subject to specific training, for example being taught to not stop until they reached the top of a hill, lest they not be able to start again. This may be the root of both the stubborn streak and the determination that can be seen in modern cobs!

Later on Welsh Cobs, Hackney ponies, and Dale ponies were introduced, and the size of the horses was scaled back for economic efficiency.

Over the years these horses – characterised by large amounts of feather, strong bodies, and straight heads- have become very popular with the wider equestrian community, adopted for activities from hacking to driving.

All horses that bear the characteristics of a Gypsy Cob can be registered with the Traditional Gypsy Cob Association, irrespective of parentage, and the society offers evaluations for horses to gain “Main Stud Book Status.” Evaluation is mandatory for stallions that are to compete in Association shows. Progression to “Elite Star Status” is based on accumulating stars for achievements in different disciplines.

One of the initial objectives of the Traditional Gypsy Cob Association was to provide an opportunity for Gypsy Cobs to be shown, as they do not meet the specifications of show cob classes (see below). The Association runs classes across the UK, for both Gypsy Cobs and their part breds, culminating in the Traditional of the Year Show (TOYS).

For showing, Gypsy Cobs are split into five categories (A- E) based on height, and judged according to the breed standard. All colours are accepted, and there are no penalties for horses having wall eyes or freeze brands.

The breed is described as “a strong, active cob, full of quality and spirit coupled with an abundance of flowing mane, tail and leg hair.” While body clipping is permitted on welfare grounds, shown horses are required to have an abundance of feather; which should be silky and straight rather than coarse. Gypsy Cobs are expected to have at least eight inches of bone and a “clean, active, straight and true movement.”

As well as their driving heritage, Gypsy Cobs compete across a range of disciplines. The Traditional Gypsy Cob Association run their own Dressage League, and British Dressage holds the Nettex TGCA Associated Dressage Championships. Gypsy Cobs are well known for their ability as family horses, happy hackers, and trekking ponies, and these skills are reflected in their presence in TREC competitions and fun rides.

Their hardy nature and sensibel temperaments can make them into trustworthy hunters who can go all day, and across the country they regularly show up more “sporting” breeds with their ability to clear hedges and walls.

Unique to Gypsy Cobs is “Tradball”- essentially football on horseback – which is played annually at the Traditional of the Year Show. Words cannot adequately describe the joy of seeing Gypsy Cobs, manes flowing and eyes gleaming, chase a giant black and white football around a sand arena, therefore please have a look on the Traditional Gypsy Cob Association website for their highlights video.

While the Traditional Gypsy Cob Association’s open approach to registering horses gives many cobs a home, not all match their breed standard. This brings us to the cob “type”, covered at shows by the guidelines of the British Show Horse Association.

Breeding cobs for the show ring is an art rather than a science, and many of the most successful show cobs have been accidental offspring or chance stars. The standard calls for a short legged animal with bone and substance, capable of carrying a substantial weight. The temperament is “well mannered” and these cobs should be suitable for nervous riders, while having the physical attributes of a good hunter, having a low movement and providing a comfortable ride.

As a ridden rather than driving horse, show cobs tend not to be bred from Welsh Cobs, as their high action reflects their harness heritage. The head of a cob should be “sensible” with big kind eyes, and the shapely neck should be hogged. For these reasons cob type horses often have Irish Draught breeding. Crucially, as a distinction from Gypsy Cobs, these horses are trimmed and do not have extensive feather.

While the “cob type” definition covers a wide range of horses, united by weight carrying capacity and a genial manner, for the show ring cobs stand at between 148 and 155cm. Those with a minimum of 8.5” of bone, capable of carrying up to 14 stone, are classed as lightweight cobs, and those with a minimum of 9” of bone are classed as heavyweight and expected to carry over 14 stone. Cob types exceeding 155cm are shown as maxi cobs.

Hogged cobs make excellent, smart hunters, using their athleticism and intelligence to cross the stickiest of country. Their relative short stature also makes them very useful for opening and closing gates, or for remounting after taking a few too many swigs of the hip flask! The cob’s ability to jump is reflected in the popularity of working cob classes, and cob type horses have succeeded in eventing, showjumping and dressage.

There are significant differences between Welsh Cobs, Gypsy Cobs, and general cob type animals, but they also have many things in common. They are extremely versatile and talented all-rounders, as at home taking Granny for a hack as they are powering around a pairs hunter trials.

They are steady and loyal, but have strong opinions about certain things (usually food!) and delight in finding their niche. A cob can go from a week at Pony Club camp with a young teenager to hunting side saddle with their mother, and then progressing through dressage levels with Dad. Far more than hairy plods, cobs - be they Welsh, Gypsy, or other- are beloved and charming horses, that can hold condition on the poorest grass and hold their heads when other breeds lose theirs.

If you’re looking for your next horse or pony, please read our blog, The top 5 things to think about when buying a horse.

Where to buy a cob

The popularity of cobs means that they can be found wherever horses are being sold. The Welsh Pony and Cob Society should be your first point of call for finding a Welsh Cob, as they have a database of breeders and organise their own breed sales.

Evaluated Gypsy Cobs are listed on the Traditional Gypsy Cob Association website, and many unregistered but eligible animals can be found at local sales and through private sellers.

Finally, cobs of all shapes and sizes can be found on our horse selling app, where you can easily search by size, age, and discipline to find the horse of your dreams!

To download the app, please visit the Apple App Store or Google Play.