Why you should buy a Connemara pony 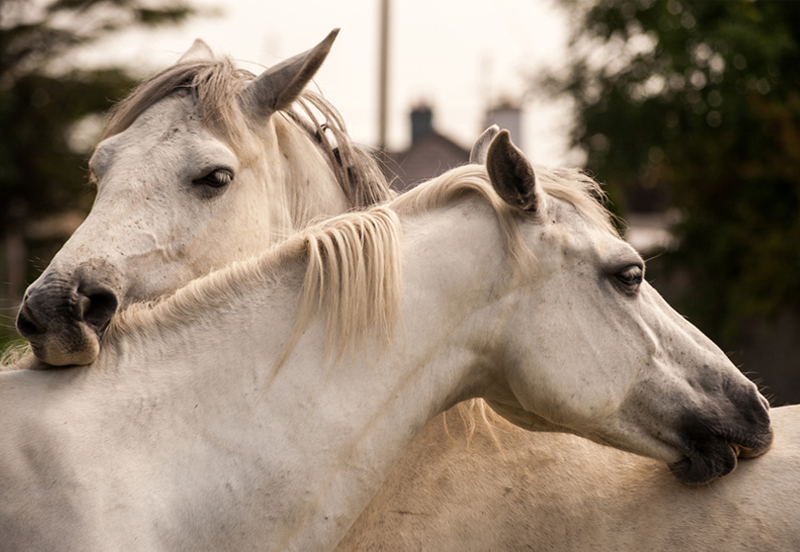 Ireland’s only native pony breed, the Connemara, is for many people the ultimate teenager’s mount. Even in the face of fashionable continental imports, and the lure of larger breeds, these usually grey ponies still bring home rosettes while making an ideal transition to horses. In fact, many riders fall so hard for their Connies that they keep them into adulthood.

These hardy ponies can also make ideal mother/teenager shares, and are a favourite of smaller adult riders when browsing horses for sale, searching for a forever horse.

History of the Connemara pony

The Connemara’s origins are as obscure and prone to legend as any other ancient breed. Some claim that they were bred by the Celts from ponies brought to Ireland by the Vikings, while others support the theory that they descend in part from Andalusian horses that swam ashore from the wreck of the Spanish Armada.

Whatever their misty history, these tough ponies worked hard on Irish farms, and their ancestors were crossed with Arabs, Hackneys, and thoroughbreds, before the establishment of the breed society in 1923.

Why are Connemara ponies so brilliant?

Today Connemara ponies are found worldwide, and these beautiful animals are coveted, especially as Pony Club all-rounders, small hunters, and show jumpers. However, they can excel in all disciplines, and their toughness and intelligence also makes them suitable for endurance, trekking, and dressage. The best of the breed also compete in the show ring, in working hunter pony classes as well as those specifically for mountain and moorland breeds.

With an official maximum height of 148cm (larger ponies are often found), Connemaras are ponies by size, but they are more than capable of carrying adult riders, which means that well-loved ponies can stay with teenagers into their twenties, or be shared with a parent (ideal for keeping a pony in work through school exams or university terms).

That is of course if the pony hasn’t already moved on to a new family, as good ponies will often have a waiting list of Pony Club mums handing food to the rider, hoping that they will quickly grow too big for a desirable pony!

Even if they have a favourite discipline, most Pony Club riders want to take part in a variety of different events, and the versatility of the Connemara pony allows this. Being built more like small horses than ponies, they are especially athletic for their size, which gives them a competitive edge when up against animals of the same height. Despite this they have a pony’s hardiness, which can make them very long- lived, perfect if you have younger children waiting to inherit!

Intelligent and courageous, the right pony can find a fifth leg when riding cross country or hunting, which allows them to get themselves and their riders out of tricky situations. For the vain, Connemaras are exceptionally pretty animals and a pleasure to watch, although the predominantly grey colouring may force an investment in cleaning equipment!

Where to find a Connemara Pony

Word of mouth recommendation is probably the best way to find a Connemara pony for sale, especially if you are not confident purchasing from a horse dealer. Keep an eye out for ponies at shows and events, and if you are interested make enquiries before they are outgrown, bearing in mind that there may already be a buyer in mind, or that the pony will be retained for the mother.

Horse sales sites- such as the Whickr app- will have a selection of horses for sale, and ponies for sale, including the sought after Connemara pony. Regularly checking will show you what is currently available, and give you an idea of how much you may have to save up before you buy!

How to choose the right Connemara Pony for your family

The other option is to buy a pony directly from an Irish breeder, although many of these will be only lightly schooled. This is only really an option if your child is exceptionally competent and confident (and patient) or you have the means to invest in professional training, both with the pony to get it going and then with its new rider.

The traits that make Connemara ponies such excellent horses- their intelligence and sporting ability- can also make them tricky.

Before deciding that a Connie is the pony for your family ask for an honest appraisal of your child’s ability from a trusted riding instructor. No matter how good a pony, or how talented your child, losing confidence after a fall can be a huge set back, and result in an expensive animal standing in a field with a rider too worried to get on.

When choosing ponies to view run them past the same professional, and ask for their opinion on ponies that you have seen out and about.

They may advise against the dazzling four year old who has spent the winter jumping banks in Galway with a former Irish Junior team eventer, but know that a steady gelding with a wall of rosettes from Pony Club Championships has finally been outgrown by all of a family’s children, and they are desperate to find him a loving home in which to continue having fun and competing in a range of disciplines.

Connemara ponies are in demand because they are great (remember Stroller? Half Connemara), excelling across disciplines while maintaining the easy care aspects of a native breed. For these reasons they sell fast, and finding the perfect one may take time.

In your search look to match the pony with the ability and confidence of the rider, ask for help from someone who knows what you want, and keep checking Whickr for ponies that match your criteria!